Almost two decades of web history point to the web being vertical. Users should be scrolling up and down to view content that overflows off the screen. I think we’re in for a change.

The appification of the web along with the impending release of Windows 8 are going to change how some people build websites. We’re going to start seeing sites scroll sideways. 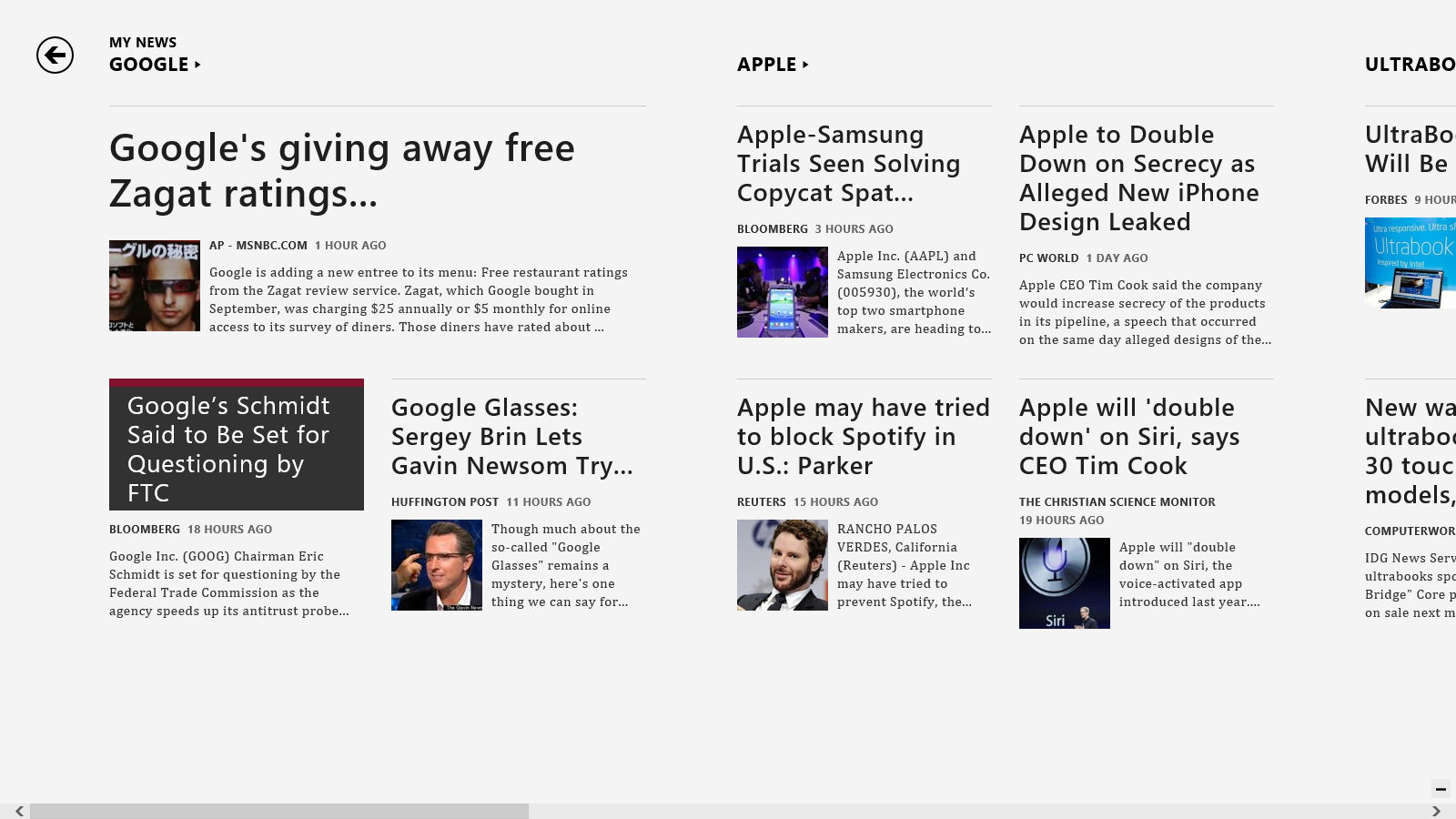 Every web developer cringes when they see a horizontal scrollbar on a website. Usually this means there is some bug in the site that is causing some extra space to be added. Within a few weeks of this writing, Microsoft will finally release Windows 8 to the public and it embraces horizontal scrolling.

The new start menu moves sideways as well as most of the Windows 8 style (formerly Metro) apps. The news app utilizes multiple columns placed next to each other to deal with longer word counts in articles. Legacy user behavior is accommodated throughout the operating system by allowing scroll wheels and track pad gestures that move vertically to let the content scroll horizontally.

More and more big companies are experimenting with releasing mobile app inspired websites or features to their existing websites. USA Today recently announced a top to bottom rebrand along with a preview of a new website. The site allows users to move horizontally between sections but what seems most alarming is article reading gets relegated to a modal window.

Another app inspired approach that is becoming more used has been taken from Loren Brichter’s original Twitter for iPad design with the stacked cards UI. ESPN is trying this out with their new SportsCenter Feed as well as The Atlantic with QZ.com. In my opinion this is a nicer use of horizontal space than how USA Today has demonstrated but is it really appropriate for the desktop?

Will it stay? Is it a trend?

Mobile usage has clearly had an effect on the web design industry to the point where mobile UI has been brought back to bigger screens. Can page turning or horizontally scrolling columns of text take over? I believe it will be tried but it won’t become widespread. Microsoft’s tiles can work in a long horizontal row but I don’t believe reading longform horizontally is comfortable.

I’m guessing Microsoft will get a lot of public backlash from Windows 8 and horizontal scrolling but I have to hand it to them for trying to challenge and reinvent conventional user experience wisdom.